Throughout history we have heard of extraordinary men and women who have lived among us. These were people who, in some way, showed immense compassion and service to mankind. They spoke words of profound truth of which we have only just started to understand a little. It is as if these people saw things more clearly than ordinary folk could. They became part of our history books and we can still read about them today. But what if we could meet such a person now? And more importantly: how would we know that we were standing in the presence of greatness?

The first time I saw Davey du Plessis was at the launch of his book called Choosing to Live. I’d just left my corporate job and was in search of something inspiring, something that would motivate me and maybe give some direction as to what I should be doing with my life. I remember walking out of that room with my whole body tingling. I just knew that these were the kinds of ideas that I wanted to spread and these where the kind of people I wanted to surround myself with.

What struck me most about Davey was his absolute genuineness. It is wonderfully refreshing to come across someone as authentic as he – someone who does not just speak about grand ideas but also strives to implement them through lived example. It would seem that Davey is someone who wants to experience life, the bad and the good, deeply and completely.

Davey is not a man who shies away from uncomfortable or unpleasant situations even if they mean isolation or immense pain. In fact, he purposefully goes in search of these types of experiences. As he says: “I wanted an opportunity to test my character, to push myself out of my comfort zone and to stack the internal me against the external environment to see how I measured up. . . . adventure [is] the platform that could provide the opportunities to put my knowledge and character to the test. It was an avenue that could provide credibility and life experience, while further broadening my perspectives on the world and providing valuable insights into nature and humanity . . .” This from the mouth of a 22 year old (now 26). 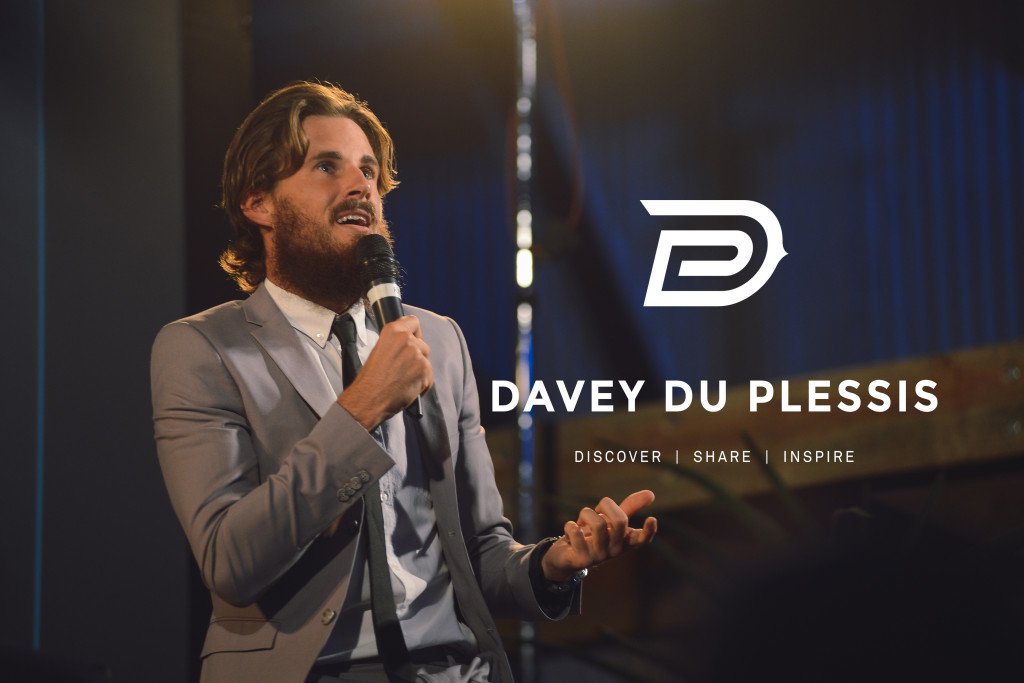 But becoming an adventurer was never just about his own personal growth. It was also about a deep desire to have a positive effect on the world.

This dates back to when Davey finished school and found himself at a crossroads wanting to know what the purpose of his life was. Being particularly aware of the destructive effect that our civilisation has had on nature and animals, Davey found meaning in becoming a vegan and set off to promote conscious consumerism by selling vegan food at markets in Durban. It has become of utmost importance for him to promote responsible living by encouraging people to change their lifestyles – rather to live in unison with nature than to destroy it. Davey stands for a self-sufficient, more biocentric way of living where nothing is wasted and all species are in equilibrium. In this way there is an exchange, a give and a take instead of the straight taking that will eventually lead to the collapse of the world as we know it.

After a robbery and a few other setbacks, his plan of selling vegan food did not work out entirely. But this did not stop Davey: “Often when we have a big dream and we run into obstacles, we assume that it wasn’t mean to be. But things don’t just fall naturally into place. You can’t rely on the how, rather focus on the why. Stop worrying about the plan; forget the how. And take small steps with what you have now.”

It wasn’t long before the next opportunity came knocking at the door. As part of a project with Habitat for Humanity, Davey did his first adventure by cycling down Africa from Egypt to Cape Town with a friend. During this trip, he increasingly became intrigued by the idea of navigating the Amazon from source to sea on his own – something that has been done before only by groups and one other lone traveller. Little did Davey know that this experience in the Amazon would later test and push him in ways that he never could have imagined.

During the Amazon expedition Davey faced many challenges which anyone else would have found very difficult to manage. Yet, worse was to come.

Two months into his expedition Davey was shot 4 times without warning and without reason. Later he found 22 shotgun shots in his body.

This was followed by more than 20 hours of indescribable terror, then hopelessness to the point of wanting to surrender to death that became an unshakable decision to live. It is a story that shows the power of our thoughts and minds in our lives, the importance of taking care of our bodies, and the compassion and small acts of kindness of other people.

Davey’s story made me aware of the potential that lies in each of us. He made me aware of what it is that is worth living for and what is not. In his words: “Strive not to have a life of success, but rather a life of value.” Furthermore, I was made aware that I could also be great if I chose to be so. That I have potential beyond my wildest dreams, there for the taking if I am willing to embrace the challenges that come with it. It would seem to me then that greatness is known by its ability to foster further greatness.

Davey is currently taking on a new adventure: crossing the Atlantic Ocean. To find out more, view his page here. Watch Davey in action when he came to speak to our Cape Town Book Club of Life-Changing Books in March 2015:

Be sure to read the full account of the story in Davey’s book: 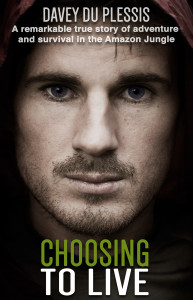 I am a connector, organizer, teacher, visionary, artist and healer. This I choose to live out in my roles as literary coach, freelance book editing and proofreading, blogger, and events project manager. I run my own business called Living Connections where I aim to create meaningful experiences which makes new, fresh ideas accessible to people in order to help them grow personally. I am also the founder and organiser of the Cape Town Book Club of Life-changing books.